The University of New England, in cooperation with Dartmouth College, is thrilled to be hosting a Maine Lobsterbake for UArctic Assembly participants at our seaside campus in Biddeford, Maine, on June 2.  Please join us for this taste of Maine!

The Maine Lobster – A Delicious Icon

Maine is a land of natural icons, from ancient mountains and forests, to fish-filled rivers, lakes, and the beautiful and abundant Gulf of Maine which has for centuries supported Maine’s coastal fishing communities. Ours is a state deeply connected to its environments and ecosystems and there is no greater symbol of this historical, cultural and economic relationship than the Maine Lobster. 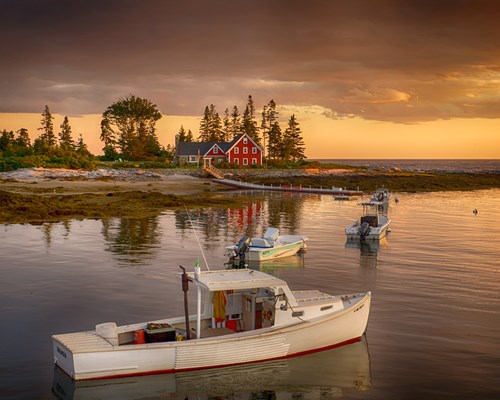 This is a Tasty Business!

What was once considered such a lowly creature that it was used for centuries as fertilizer or food for prisoners and servants, the Maine Lobster is now considered a delicacy around the world, growing to become the largest and most lucrative fishery in the state. In 2021, it was worth almost $725 million with over 10,000 lobsterfishers on the water and supporting more than 5500 jobs in engineering, marketing and transportation on land. Its impact on tourism, one of Maine’s largest industries at $6.5 billion annually, is undeniable as domestic and international visitors flock to the state to not only partake of this delicious crustacean at seaside wharfs, but also catch a glimpse of the lobster fisher’s traditional way of life. 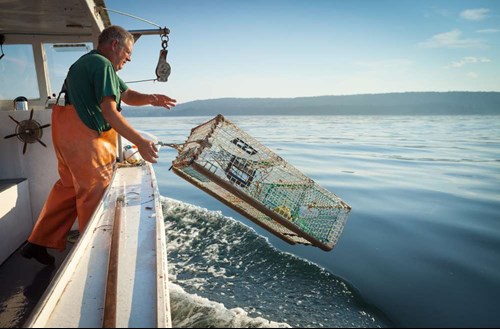 But the Maine Lobster and the communities it supports are facing an existential threat due to climate change. According to the Gulf of Maine Research Institute, the Gulf of Maine is one of the fastest warming bodies of water on the planet, and increasingly acidic. Lobsters have literally been crawling north, away from increasingly warm and acidic waters in southern Massachusetts to cooler climes off the coast of Maine. This migration now centers the lobster population off Maine’s midcoast. So, while Maine lobster fishers are today experiencing a lobster boom, data suggests that that boom will only last another 20 years. How this fishery and the communities it supports will adapt to climate change is a question being asked all along Maine’s 3500-mile coast, in town halls, on fishing piers and in the State House. 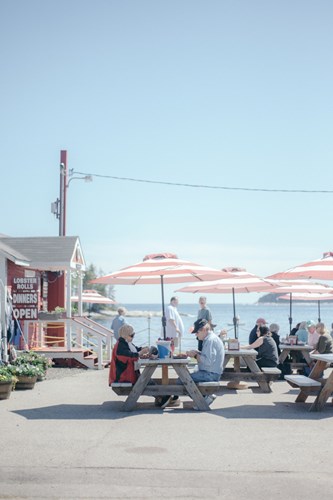 But What is a Lobster Bake?

While we grapple with this new reality, we continue to celebrate this iconic crustacean and its role in our cultural and economic history. And a lobsterbake is our favorite way to celebrate! A Maine lobsterbake is a combination of Maine shellfish - lobster, clams, crabs - and locally farmed vegetables such as corn and potato. Traditionally, a pit is dug at the beach above the tide line, and lined with hot coals or hot stones. When the heat is at its highest, the shellfish and vegetables are layered with seaweed harvested from nearby rocks, and left to steam. Today, lobster bakes often make use of modern amenities, but purists will insist on making sure that seaweed is always in the pot to add a touch of brine and salty goodness to the mix. And don’t forget the drawn butter with lemon in which to dip your freshly steamed crustacean! Whether cooked in the sand or on the stove, a Maine lobsterbake is a vital part of any trip to Maine and a great way to experience Maine’s iconic delicacy along our rocky shores! 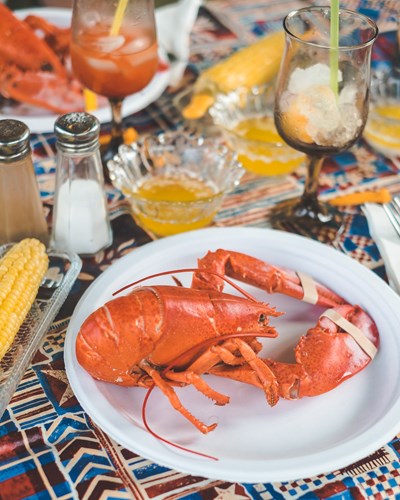