"Out there, great experiences await": a Danish anthropologist's journey in the North

For Gunver Justesen mobility is a way of life, and her choices have taken her from studying and working in Denmark to exploring Greenland, Finland and Svalbard.
* * * * * * * * *

The first time I spent time abroad as a student was during high school, when I went to Moscow and Saint Petersburg to improve my Russian. Even though it was an amazing experience, the first time I left Denmark to go work in Greenland was the one that dictated how I would spend the next seven years (and counting). 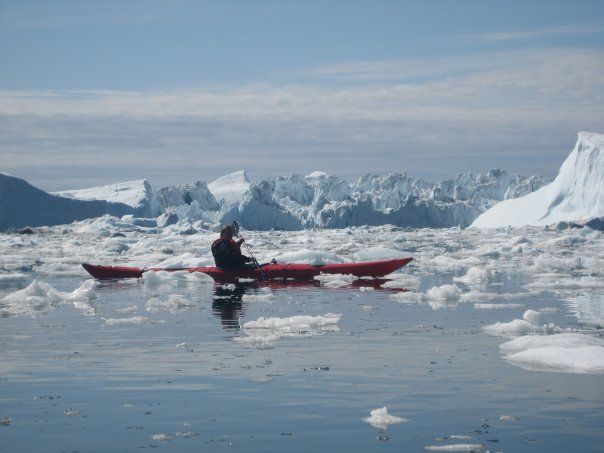 In 2005 I finished college and worked as a pedagogue (a Danish mix of social worker and kindergarten teacher) in the Copenhagen area. In 2006 I decided to apply for a job in Greenland because I had always wanted to see Greenland and liked the challenges I could get there professionally. So, on the 1st of April 2006 I moved to the capital of Greenland, Nuuk, to work at an orphanage. I loved living there! It’s a beautiful place: during summertime your eyes catch jumping whales in the fjord, and during wintertime the sky becomes magical with northern lights embracing it with a green haze.

Many Danes try their luck in Greenland, which is easy because many Greenlanders (especially in Nuuk) understand and speak Danish. Unfortunately, many also move there only to experience Greenland and the amazing nature, and end up staying there less than two years. This makes it very difficult for the locals to bond with newcomers, since they know that they’ll probably disappear again. Therefore, in Nuuk, it kind of felt like two parallel societies: one for the locals and one for the foreigners. Unfortunately, I was to reproduce this pattern and left only six months later. But even though my stay was very short, it made a huge impact on me and my future life. Now, seven years later, I still stay in touch with my Nuuk friends, I visit them when I am in Greenland, and they visit me.

After a few months I had this strong urge to go back to Greenland. In September 2007, I began studying anthropology at the University of Copenhagen, and during the first semester I found an article about a job as a tour operator in Ilulissat, Greenland. I applied for the job and got it. The summer of 2008 was my first summer as a tourist guide for World of Greenland. I would spend my days hiking with tourists, doing helicopter rides above glaciers, and doing whale watching and midnight cruises among the huge icebergs under the midnight sun. As the years went by I slowly did less and less guiding and instead more and more administrative work in the office until 2011, my last year working for World of Greenland.

I spent the fall of 2009 as a Nordplus/Nordlys exchange student at the University of Lapland doing the Arctic Studies Program. Rovaniemi was a wonderful place to stay and it was amazing finally to be able to concentrate solely on my main interest: the Arctic. We were a group of ten exchange students doing most things together. I took the reindeer class which was fun, and some classes of northern people and mobility by Florian Stammler. I also did the field trip to the Kola Peninsula. It was amazing to experience this foreign part of the world and be taught by people with great knowledge.

Then, in 2010, I started in the grad school of anthropology at the University of Greenland and had to plan a four-month field work for my Master’s thesis. Of course, I wanted it to be somewhere up north. I ended up going to Longyearbyen on the Norwegian archipelago Svalbard, 78 degrees north. There I wanted to study how migrants, especially from Scandinavia, feel at home on Svalbard even though they know that they
﻿
Tags: newsmember newsstudent newsstudent profiles