The exhibition “Visualizing Environmental Change“, produced by the Thematic Network on Communicating Arctic Research - also known as the SubZero collective - takes place in the Tellus Innovation Arena at the heart of the University of Oulu.

The traveling exhibition "Visualizing Environmental Change" is an outcome of the project Visualization of Environmental Change, funded by the Prince Albert II of Monaco Foundation in 2014-2016. The project, conducted in the framework of the University of the Arctic, brings together the natural science, fine arts and students from these areas for learning together to develop innovative ways for communicating environmental change and to raise public awareness and responsibility on the environmental issues. Many people think of global warming as an abstract, distant and even controversial issue. Recent research shows that the planet is now heating up much faster than anticipated and it means that majority of people living today will experience what it is like to live on a dangerously overheated planet. 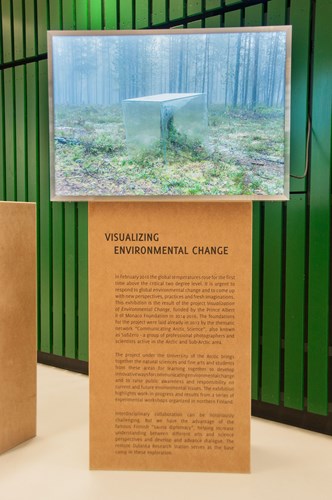 This exhibition authors believe that “visual representation have power to make complex eco-social dynamics understandable to inspire and touch people, to feed imagination and to convey powerful message from our changing environment“.  The exhibition is available to audience at the premises of the inspiring open-space for learning -Tellus innovation Arena- at the University of Oulu University until 16th of October. After that the exhibition will travel to Rovaniemi, later Monaco, Hamburg and/or Berlin. 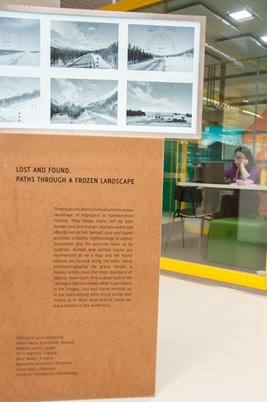 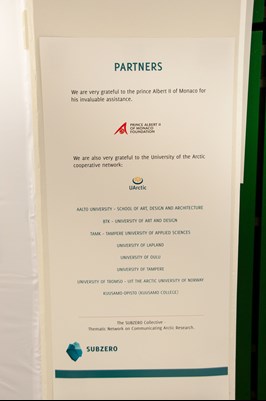