The Tides They are Changing: A History Museum Confronts Climate Change

Historic Strawbery Banke – one of Portsmouth, New Hampshire’s most popular tourist destinations – has become a focal point for learning about the impact of climate change and sea level rise.

For thousands of years, coastal New Hampshire has drawn the Abenaki people (part of a larger group of indigenous people who call themselves Wabanaki or “People of the Dawn”) who came during the warm season to set up camps for hunting, fishing, food preparation, and trading. In the early 17th century, English colonists settled along the Piscataqua River and named the settlement "Strawbery Banke." The Strawbery Banke museum tells the story of the evolution of a tidal inlet from fishing grounds to a frontier outpost to a waterfront neighborhood that road waves of maritime prosperity to eventually being filled in with sand and waste in the name of urban development. 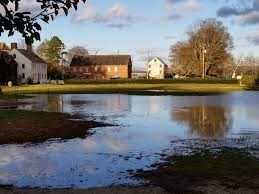 The museum now faces a new risk from rising seas and rising groundwater. Strawbery Banke is among the lowest points in the city (only a couple of feet above high tide) and a natural conduit for surface runoff. As a result, the museum is already experiencing the impacts of flooding from coastal storms and from groundwater rise during particularly high tidal cycles. This time-lapse video shows rising groundwater flooding of the basement of the Shapley Drisco House during a December 2017 King Tide event. 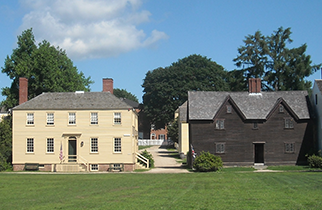 A common approach for adapting to flooding in coastal areas encourages planners and residents to consider three strategies: protect, accommodate, or retreat. While the museum is balancing adaptation efforts with historic preservation, it is also sharing its unique climate change story and teaching the public, in near real-time. You might consider this a fourth adaptation strategy – educate. In collaboration with the City of Portsmouth, the museum asks visitors to think about what’s to come with the “Water has a Memory: Preserving Strawbery Banke Museum & Portsmouth from Sea Level Rise" exhibit. 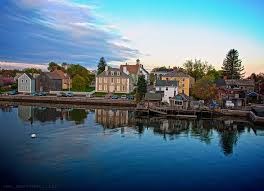 In a New Hampshire Public Radio story, museum sustainability director Rodney Rowland said “The way our future is going to impact us is also really important, and it’s a message that we are uniquely able to tell. We're ground zero, and so why not teach about it at the same time we're trying to fix it?

On May 31, the University of New Hampshire – as part of a pre-conference event -we will be hosting a breakfast and a tour of Strawbery Banke. This will be coupled with discussion of coastal resilience in small communities. Please join us!